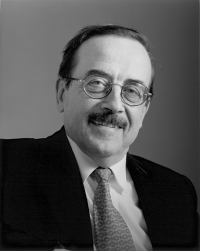 Vatican II and the Traditionalists : Answering Some Misconceptions


The reasoning is simple : Vatican II led to the current so-called ordinary rite ; who does not accept it does not accept the Council, and puts himself outside. Full stop.

Not so. The so-called Tridentine rite has been the ordinary rite of the Roman Church (more exactly of the curia and the papacy) without much change for about 15 centuries. Before Pius V, it coexisted in Latin Christianity with multiple related rites ; the decision of this pope was to codify it (without creating a new rite as some explain it without the slightest basis), and to eliminate all the rites which were then less old than 200 years old. Subsequently, the Counter-Reformation tended to generalise this rite more widely – even if local customs have survived in many places. Such a rite practiced for such a long period by the Church, and at the highest level, is by definition perfectly in keeping with the faith and apt to express the object of the ritual concerned, and in particular to offer the holy sacrifice of the Mass.

For its part, nowhere the Second Vatican Council did set itself the goal of transforming radically the Catholic Church, nor of eradicating serious evils which would have affected it. One can always claim that it would have been necessary ; but one cannot say that this is what the Council wanted to do. With regard to the liturgy, the Conciliar Constitution, Sacrosanctum Concilium, called for a revision of the books then in force, those of Saint Pius V, a rite which moreover was that of the entire Council until the end and without objection. The aim was to facilitate the participation of the faithful, to simplify certain points, to use the local language here and there and to enrich the readings offered. It was approved by a very large majority, including many conservative bishops including Archbishop Lefebvre. It was therefore a revision of the liturgy and not a rewriting, a new liturgy. And if it had stopped there, there would have been no debate on the subject.

Instead, and within the framework of the gigantic happening which then took hold of the Church, invoking a ‘spirit of the Council’ which has no basis in its texts, it was proceeded, de jure or de facto, to a radical refoundation of the Latin liturgy. Upheaval of the calendar, de facto elimination of Latin and Gregorian, reversal of altars and orientation, rewriting of the majority of prayers, communion in the hand, massive flow of new readings etc., the changes are radical. But in this they cannot claim the express authority of the Council. They are legitimate, since Pope Paul VI promulgated them, but one cannot claim that, as they are, they are what the Council asked for. They are at most a particular interpretation of it, but according to a process of upheaval without precedent in the liturgical history of the Church - as Benedict XVI reminded us.

What then can be said of those who remain attached to the previous liturgy ? Given the extent of the liturgical upheaval, the spirit of the two rites is very different. And so we can perfectly recognise ourselves in this previous rite and have difficulty finding joy in the new one, without this implying a rebellious state of mind. This reflects in many people a difference in sensitivity. For others it may also imply a clear preference for the preceding rite, because it would better express the traditional Catholic conception of the meaning of the Mass, which is still valid. But how would that be reprehensible ? How would this conflict with the conciliar texts ? Of course, there are also people who refuse the council ; but among the adepts of the previous rite who have remained in the communion of the Church they are a very small minority.

If we add that there has always been a multiplicity of rites in the Church, and even in the Latin Church, all this leads us to admit as an evidence that alongside the bet which was the drafting of a new liturgy, there is room for those who feel a clear preference for the other one (or are bearers of a conviction in its favour). The arguments aiming at justifying an elimination of the previous liturgy and invoking either a liturgical rule laid down by the Council, or an upheaval of the Church which would be required by it, or even the need for unity, are therefore without foundation.

In reality, however, one feels another idea pointing behind such affirmations : that the Council is to be seen not as a stage in the life of the Church, aiming, as was explained at the time, to speak to the world of today and to converse with it in a more appropriate language ; but as a profound break, a radical reform of uses and conceptions that were not only obsolete, but false, swept away by the progress of thought or faith, and the evolution of the world. This is what Benedict XVI called, to reject it, a hermeneutics of rupture. Rarely made explicit as such, at least at a certain level, this conception underlies the reasoning of many people – and of theologians or prelates. From this perspective, of course, what is new replaces and cancels what was before, as in any parliament. But the supporters of this position do not understand that by doing so they are ruining the whole logic of the Catholic Church, which they nonetheless profess to respect. Because the authority of the magisterium presupposes the consistency of this magisterium over time, based on the permanence of faith, and therefore the absence of rejection of what has been validated at a time ; and it includes the acceptance of a plurality of charisms. Otherwise, this becomes a sect, where the weight of authority is supposed to be absolute.